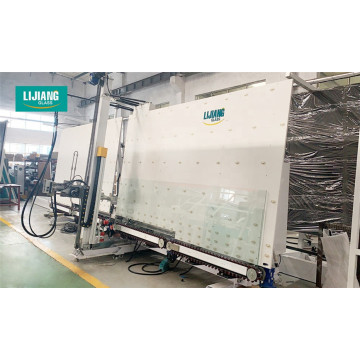 LJTJ2540 is the latest automatic vertical insulating glass sealing robot. It is used to coat double glazed glass through mixing the A component and B component together according to a certain percentage. Applied to double/triple/shaped and stepped glasses (Optional) with stable performance and easy operation.

Equipped with single A component and single B component. 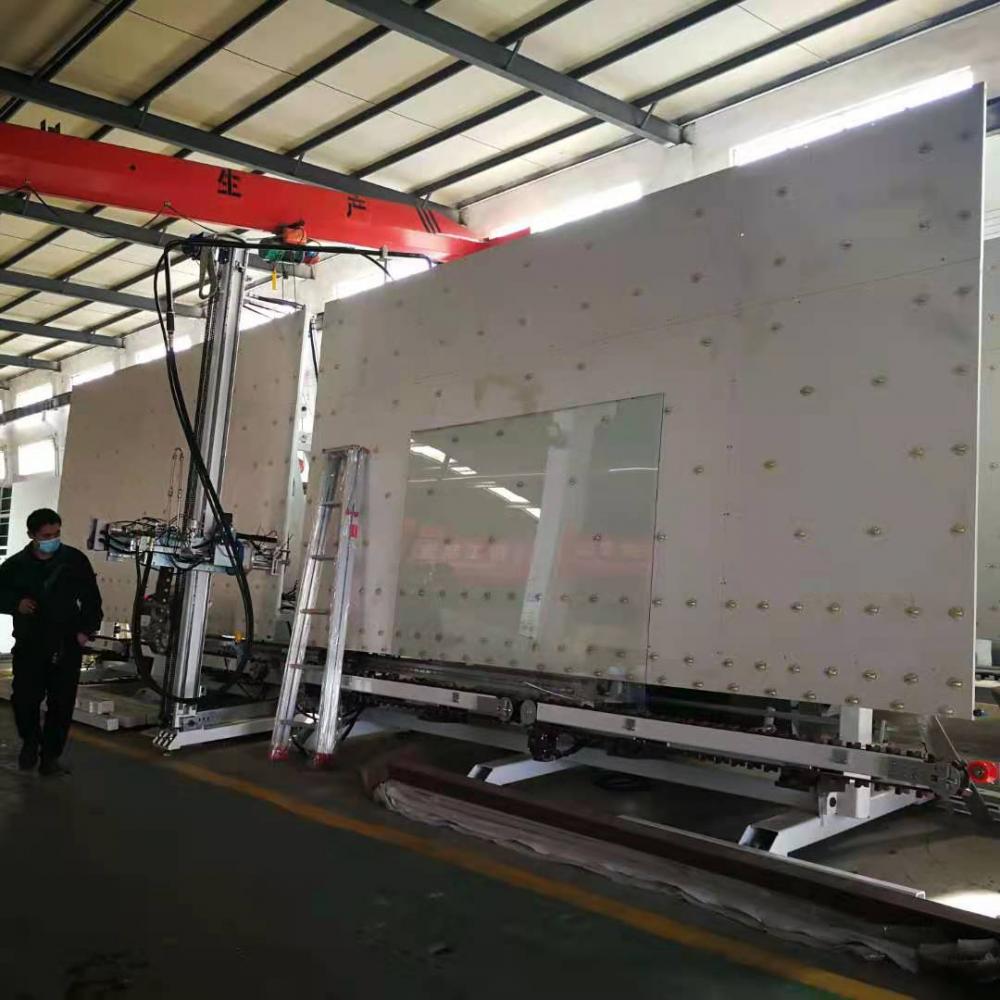 Equipped with two sets of A components and two sets of B components, which can be used for two kinds of sealants, such as silicone rubber, polysulfide rubber and silicone structural adhesive. 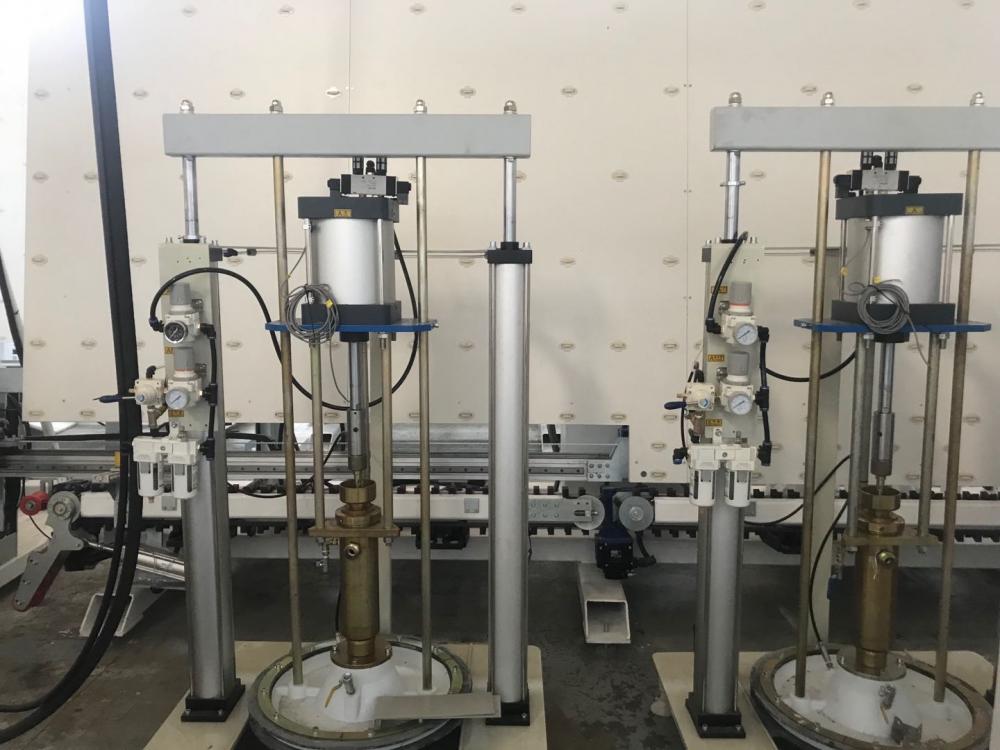 When the pressure increasing, more Glue B will flow back automatically, saving materials. 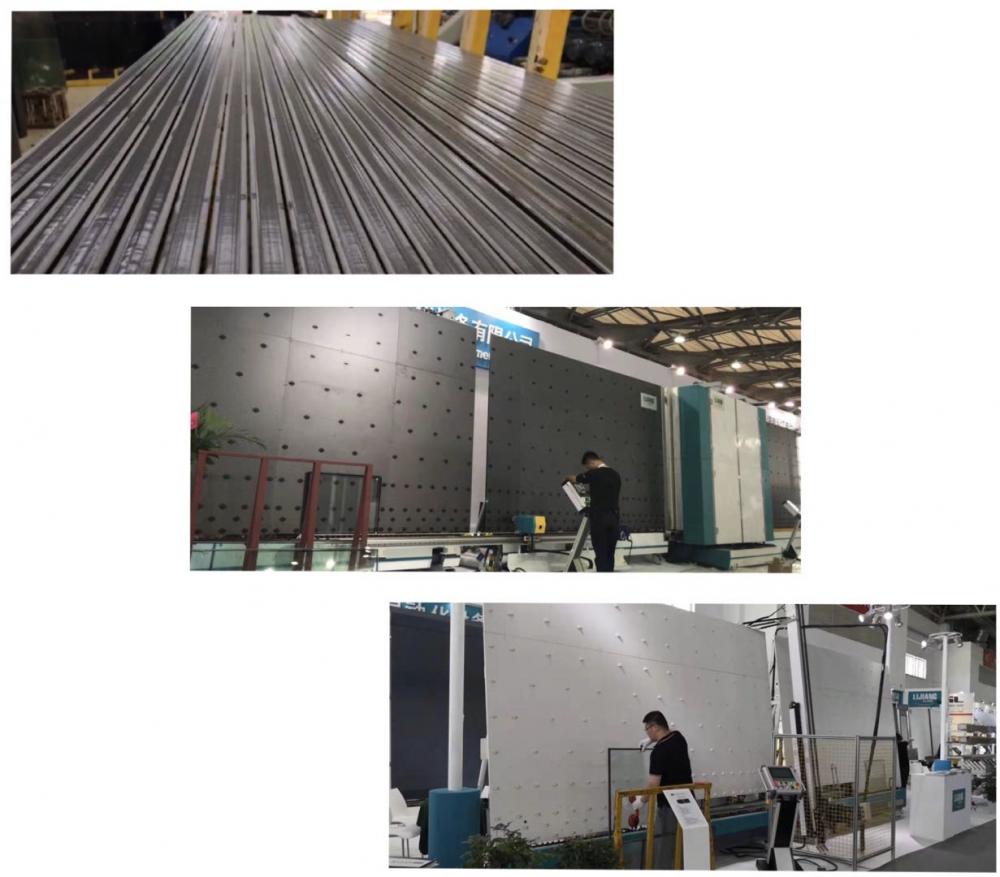 then the right one plays the role of lubrication. 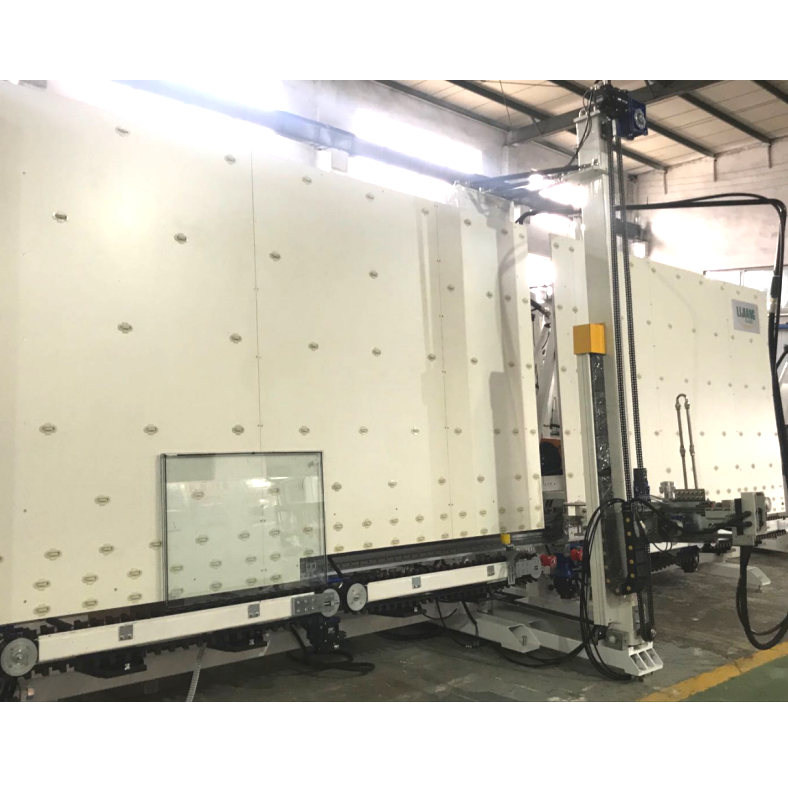 Adopting two suckers for preventing to move glass during sealing. 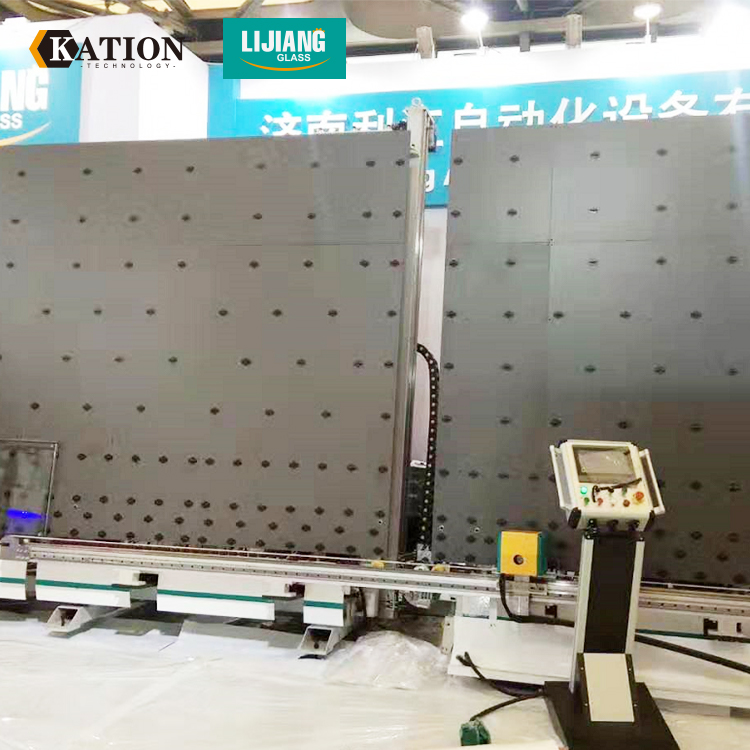 Ø The Device of Sealing Part

Adopt Japan YASKAWA servo motor to control the sealing part with 360°rotating. Setting scraper blade to scrape out extra glue and no need to repair glass corners by second time. 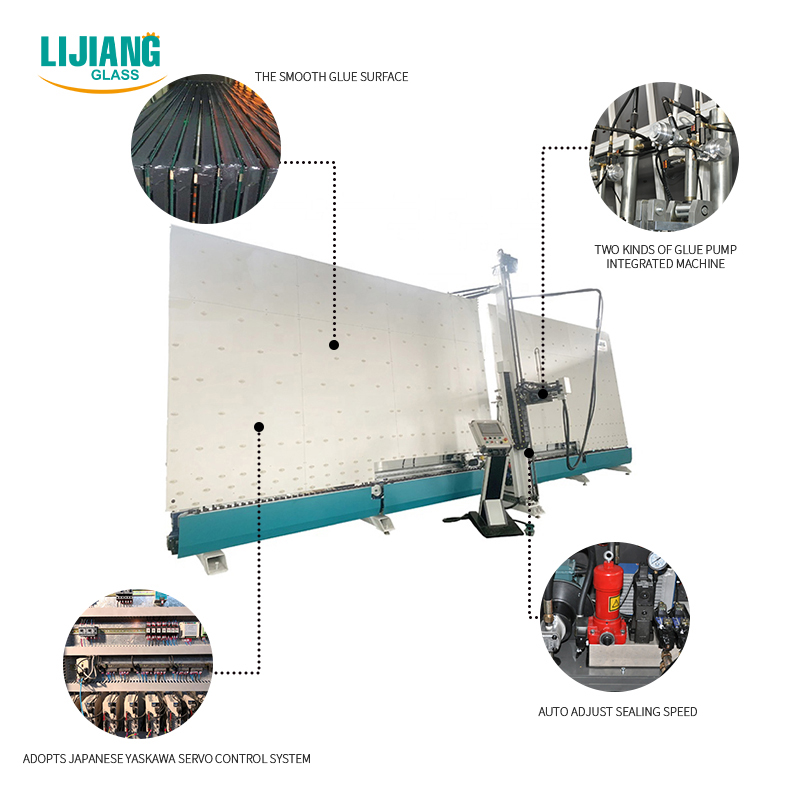 The time belt device ensure that glass can be smooth transmission and located accurately. 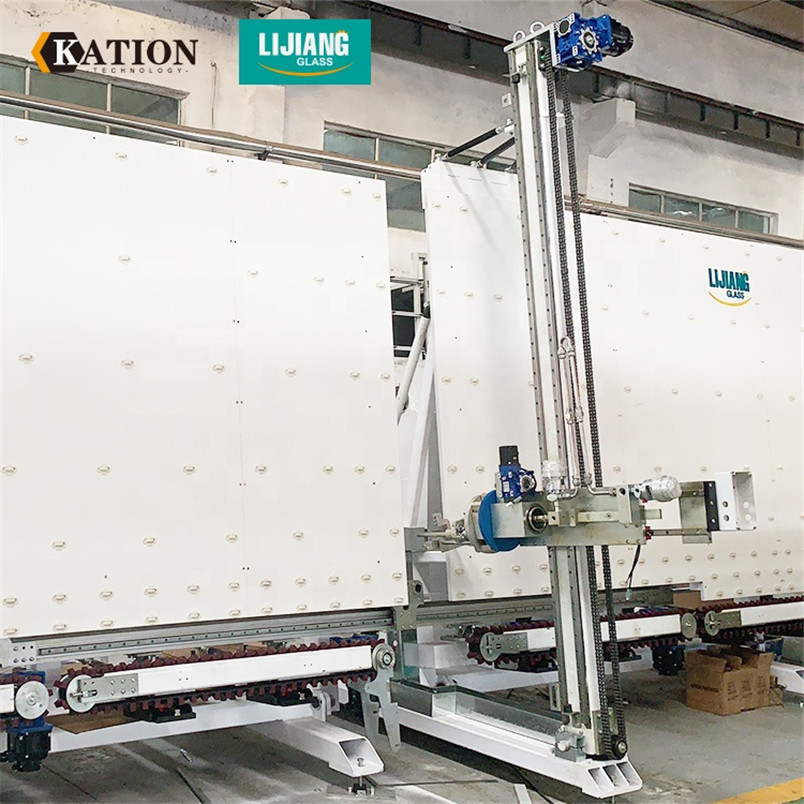 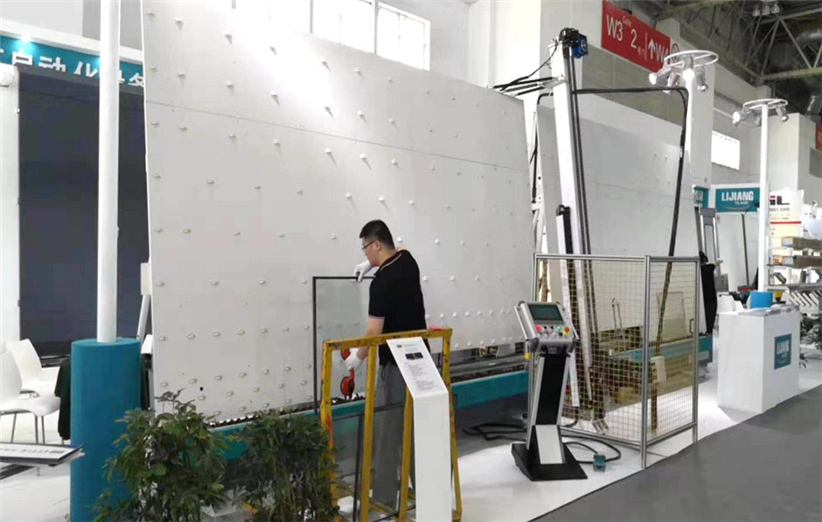 It can store three pieces of insulating glasses on the three belts when their size are less than 1.8m. 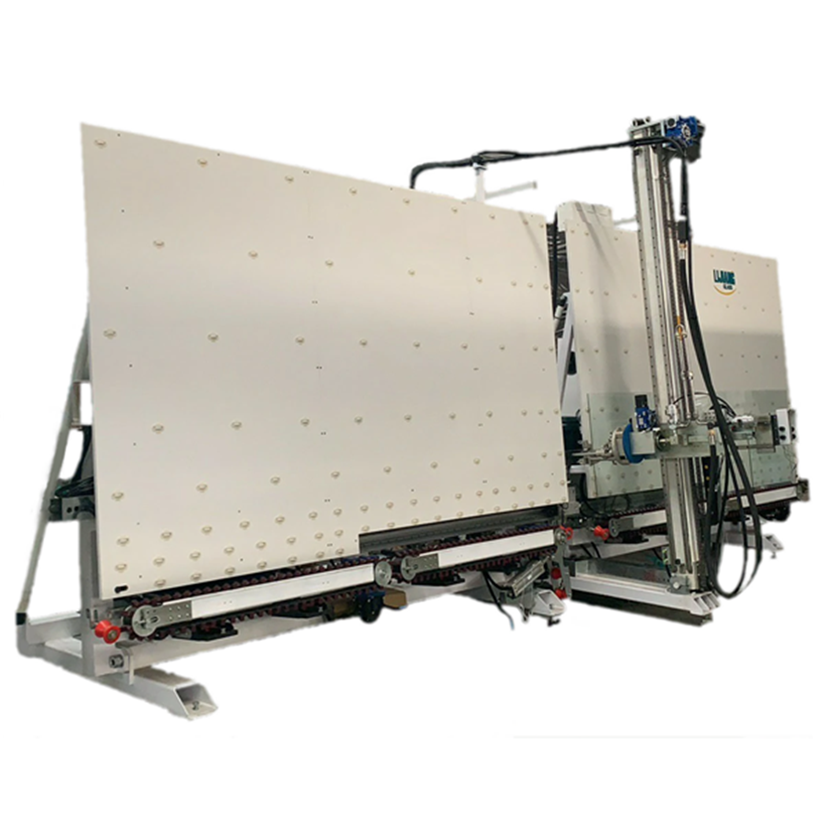 With the development of updating technology, the sealing robot can coat eight shaped glasses according to the glass market.

For the stepped glass, it can be coated well by once time, don’t need to repair it on secondary.

Every separate part is equipped with manual operation, be easy to adjust in case.

four of them control transmission parts,

in the another four servos, they control sucker,

The main electrical components are adopted famous brands to maintain more stable performance, which comprise driver, PLC, input and output modules and so on 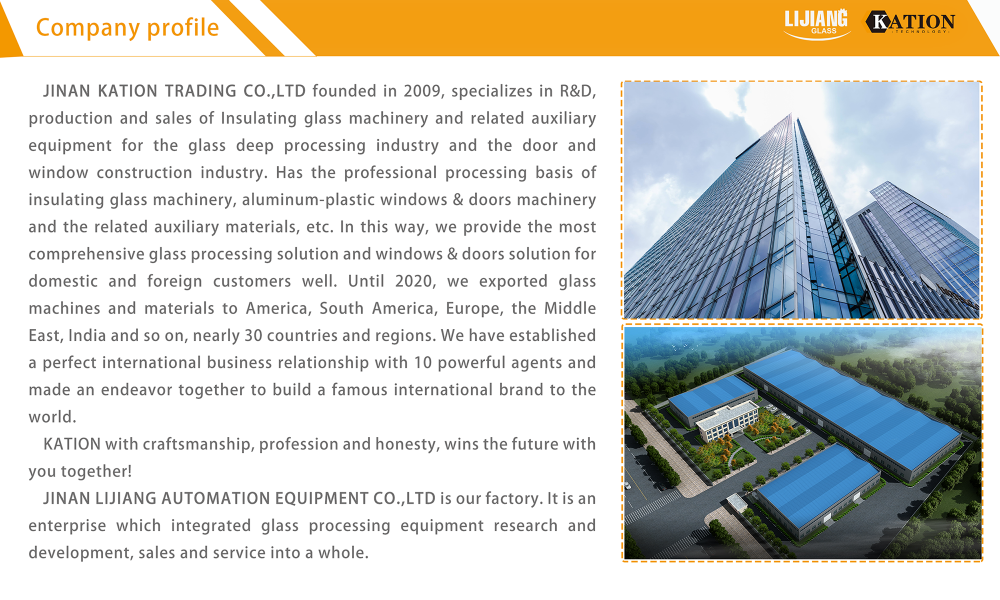 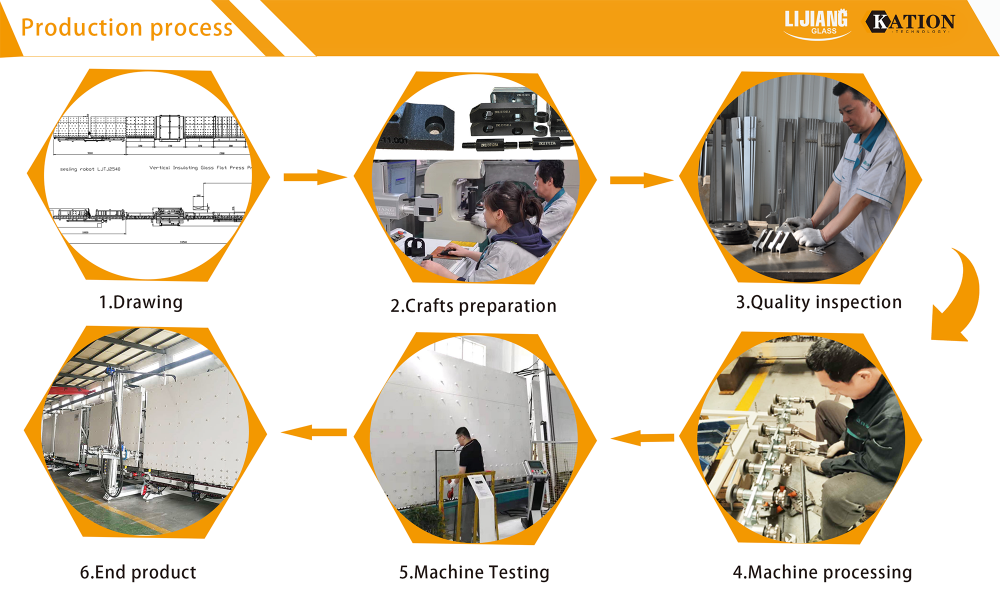 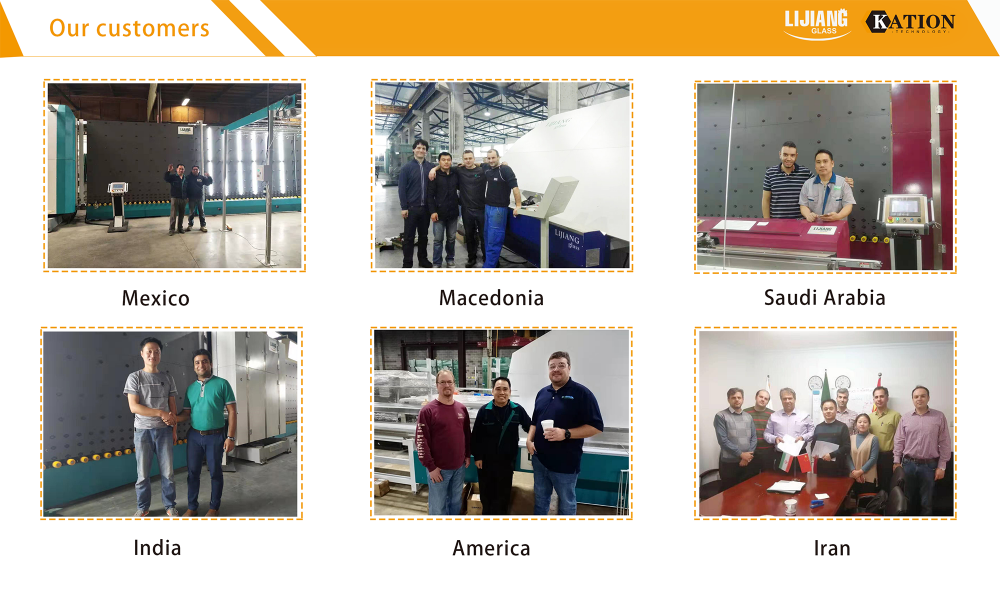 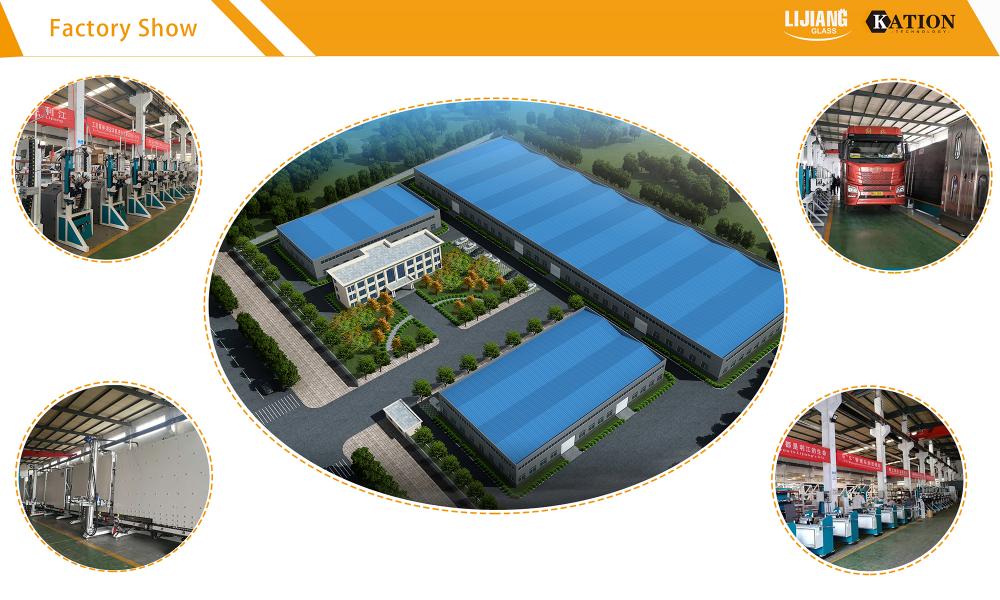 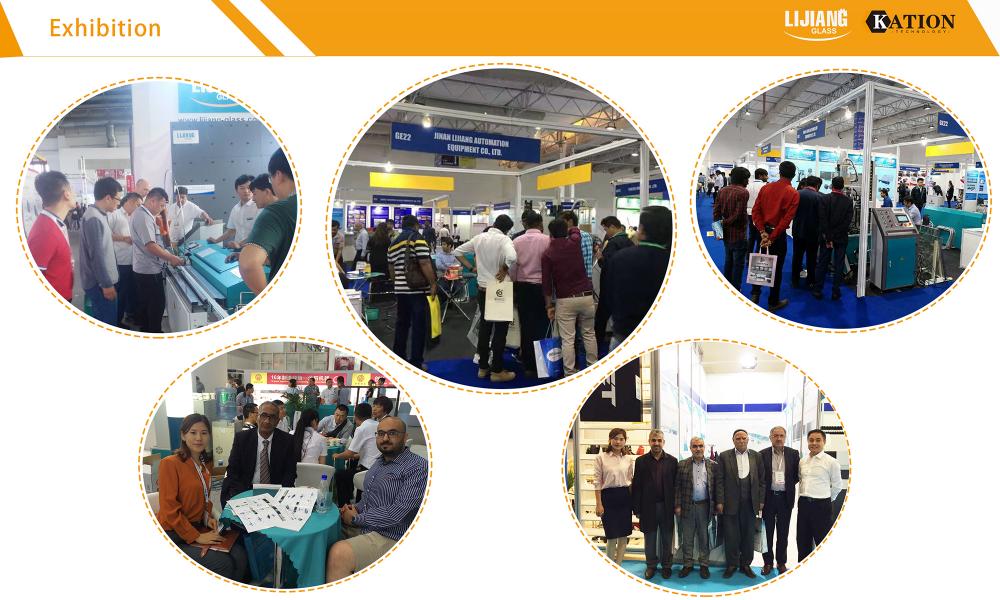 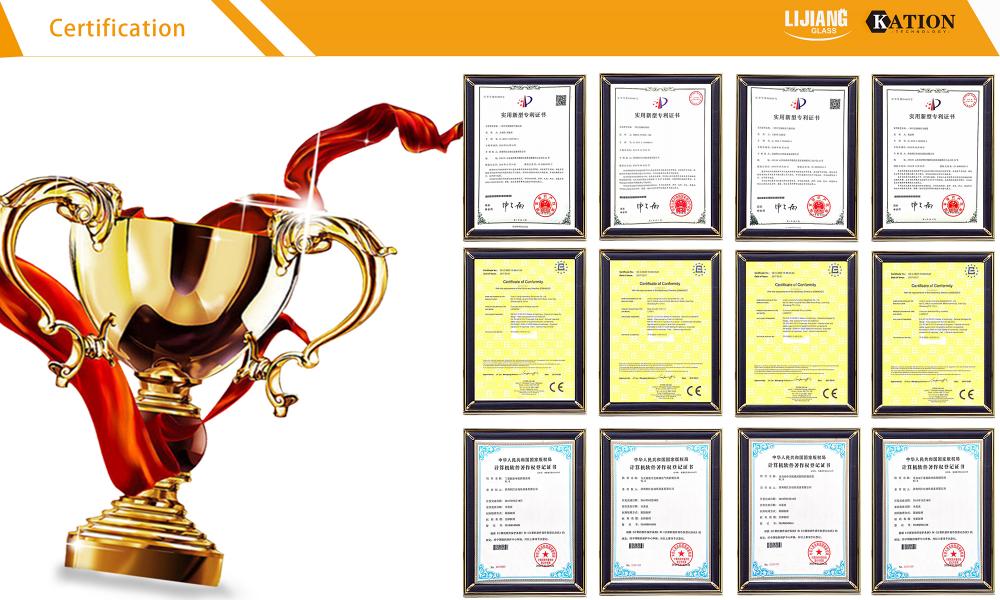 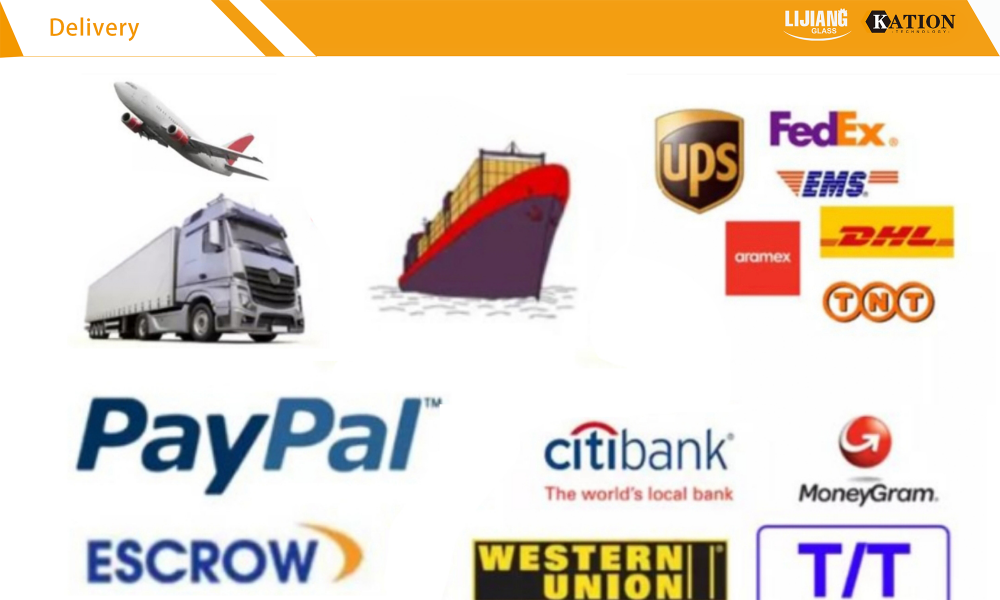 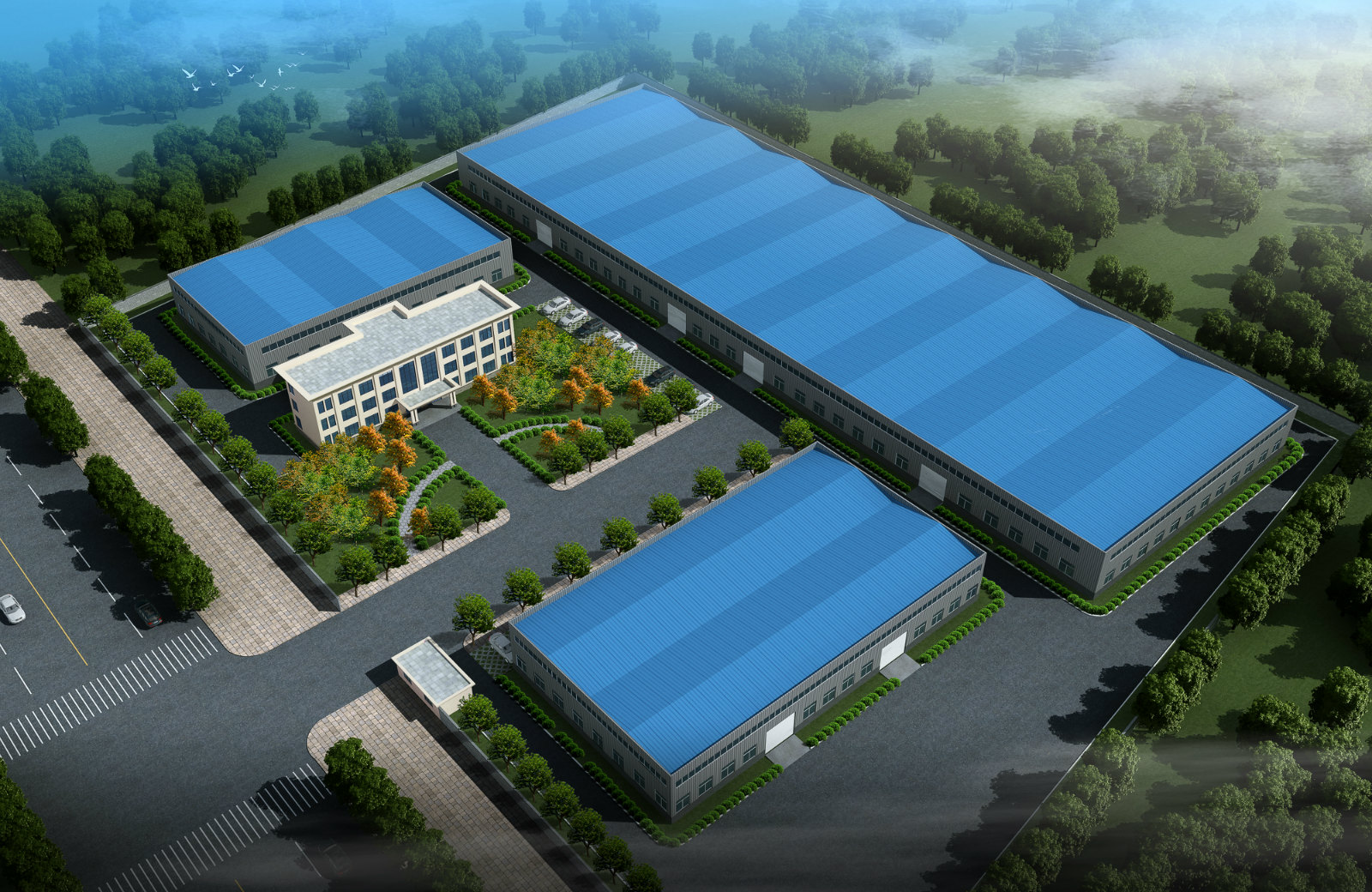 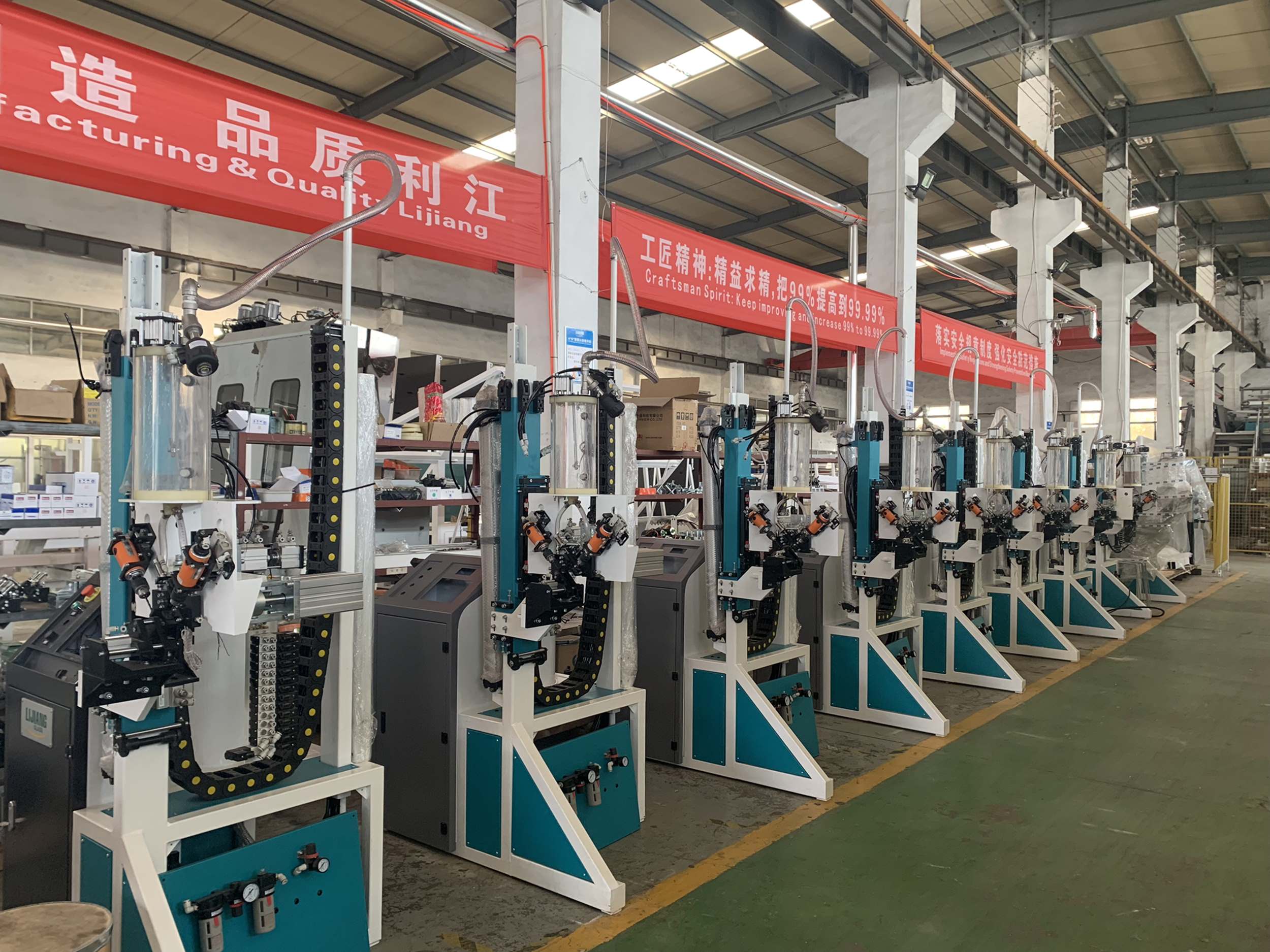 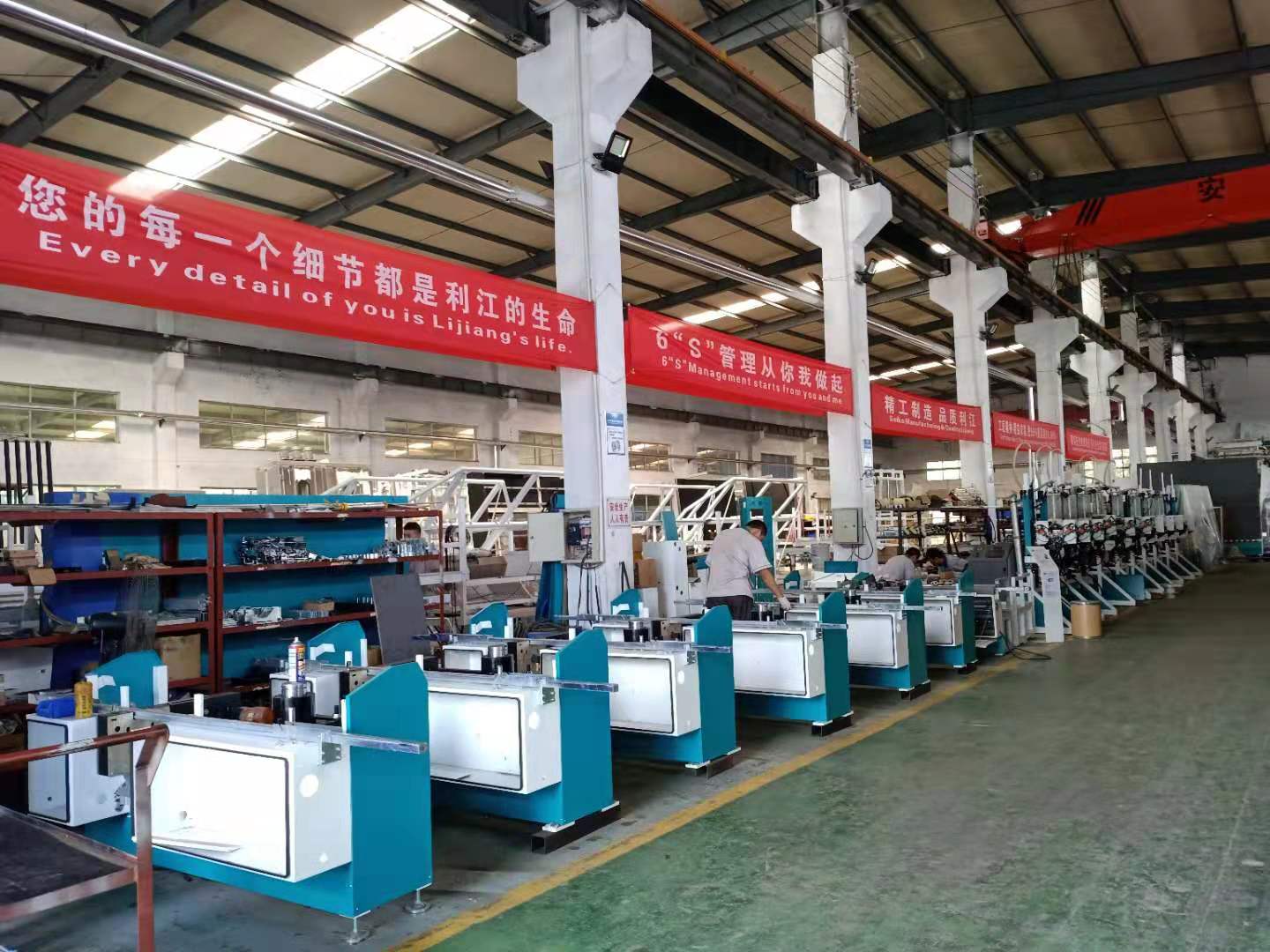 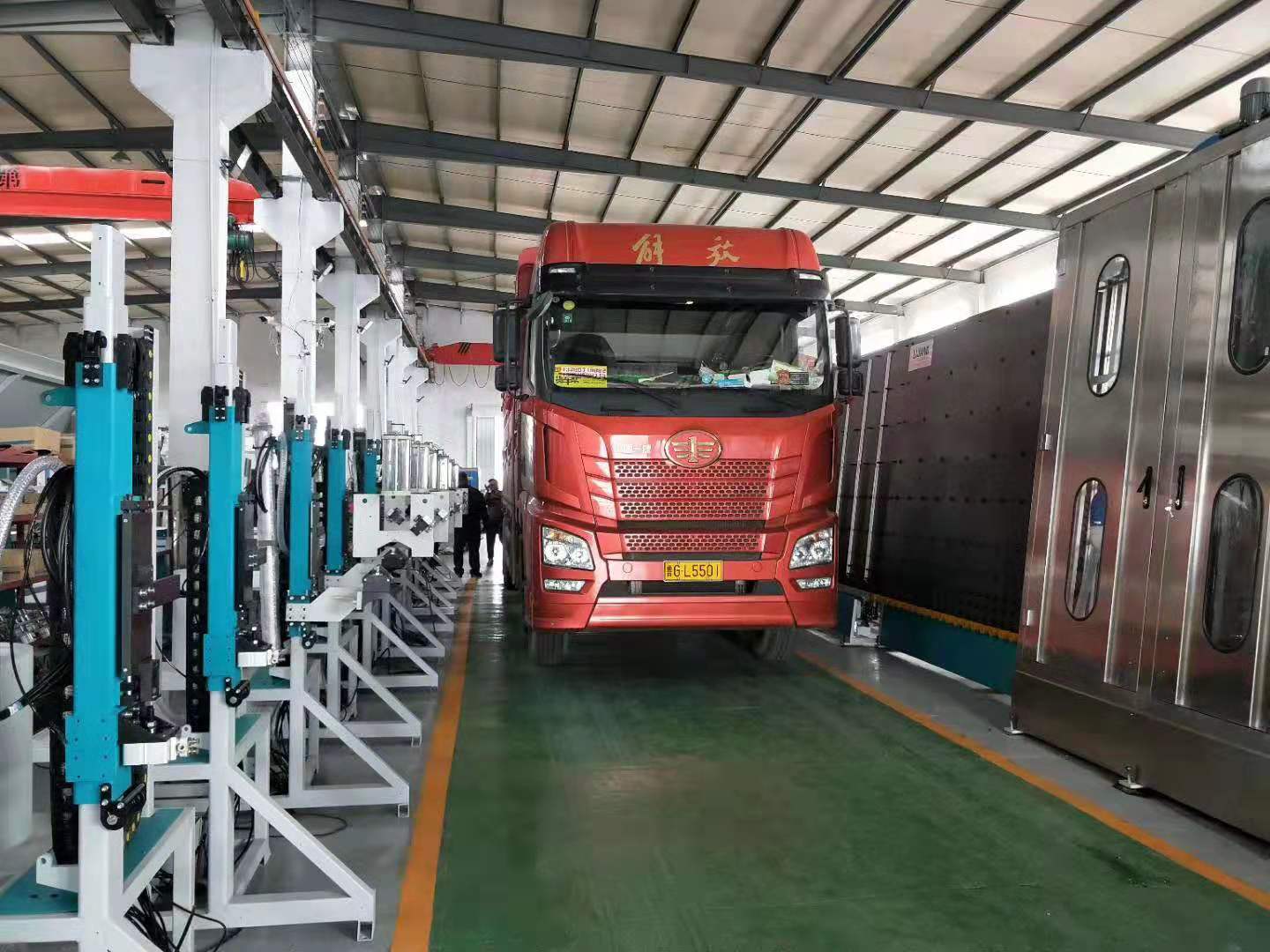 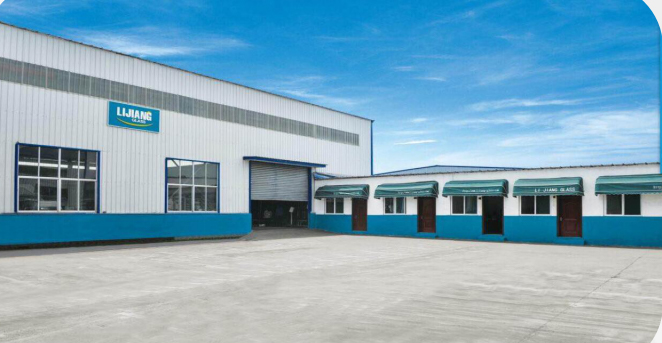 Kation-Tech founded in 2009, specializes in R&D, production and sales of Insulating glass machinery and related auxiliary equipment for the glass deep processing industry and the door and window construction industry. Has the professional processing basis of insulating glass machinery, aluminum-plastic windows & doors machinery and the related auxiliary materials, etc. In this way, we provide the most comprehensive glass processing solution and windows & doors solution for domestic and foreign customers well. Until 2019, we exported glass machines and materials to America, South America, Europe, the Middle East, India and so on, nearly 30 countries and regions. We have established a perfect international business relationship with 10 powerful agents and made an endeavor together to build a famous international brand to the world. Kation-Tech, with craftsmanship, profession and honesty, wins the future with you together!

Email to this supplier